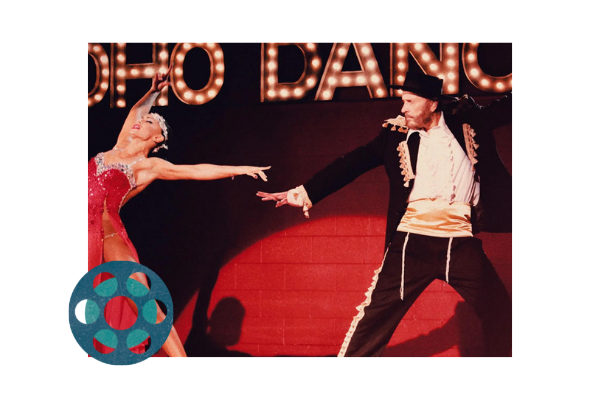 THE BIG SATURDAY NIGHT CELEBRATION INCLUDES A CONVERSATION WITH JUDI BEECHER, ONE OF THE FILM'S STARS, AND A CHAMPAGNE AND DESSERT RECEPTION TO-GO.

How fitting the first film in history that the Vatican, a Hasidic Synagogue, a Mosque and a Sikh Temple would collaborate on, is a comedy!  From the director of “My Big Fat Greek Wedding,” “Tango Shalom” features an award-winning ensemble cast including Lainie Kazan, Renee Taylor, Joseph Bologna and Dancing with the Stars pro, Karina Smirnoff.

Moshe Yehuda, a Hasidic Rabbi and amateur Hora dancer, played by Jos Laniado, enters a Tango competition to save his Hebrew school from bankruptcy.  There is one problem: due to his orthodox beliefs, he is not allowed to touch a woman!  At odds with his family, the Grand Rabbi of his orthodox sect, and the entire Hasidic community, Moshe asks a Catholic priest, a Muslim Imam and a Sikh holy man to help him dance in the Tango contest “without sacrificing his sacred beliefs.”  “Tango Shalom” tests the bonds of family and community, and the bounds of tolerance and faith.