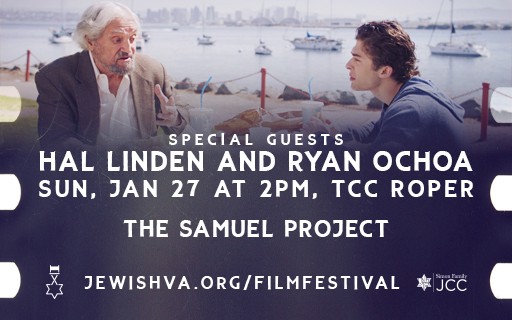 A film for both parents and grandparents to share with their children, The Samuel Project stars Hal Linden of Barney Miller fame as Samuel, a grandfather reconnecting with his grandson when he is made the subject of a high school project. Eli (Ryan Ochoa, iCarly) discovers that his grandpa, a Jewish dry cleaner, was heroically saved from Nazi capture in Germany. After some hesitation, Samuel agrees to tell his story for the project—a story he hasn't told in more than 75 years.

In partnership with United Jewish Federation of Tidewater’s Holocaust Commission and BBYO.

For more information, to see the trailer, or to purchase tickets visit jewishva.org/filmfestival