Founded in 1984, TJF has since distributed more than $200 million in grants to Jewish and secular charitable organizations . Originally founded as a single endowment fund, TJF has grown to more than $112 million in assets, representing nearly 1,000 active charitable funds managed on behalf of individual donor advisors, the Federation, and more than a dozen local affiliate agencies and synagogues . TJF works closely with donors and their professional advisors to implement tax-advantaged charitable giving
strategies that often involve multi-generational philanthropy.

TJF leads the community’s planned giving efforts and is currently directing the LIFE & LEGACY Program which has, so far, secured $20 million in estimated future commitments for the benefit of the Tidewater Jewish community. The four-year program is founded on the principle that everyone, regardless of age, wealth, or affiliation, can make an enduring financial impact for future generations.

The LIFE & LEGACY program is a partnership between eight local synagogues and Jewish agencies and is jointly funded by The Harold Grinspoon Foundation and TJF. Other TJF programs include the Simon Family Passport to Israel, the Stein Family Scholarship, the B’Nai Tzedek Teen Philanthropy Program, and the One Happy Camper Program. 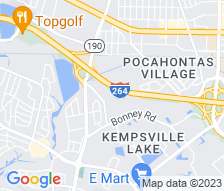