The United Jewish Federation of Tidewater invites you to

Together we write our story and envision our future.

A Century of Activity in Romania, an American Jewish Joint Distribution Committee exhibit, is now on display in the Leon Family Gallery. 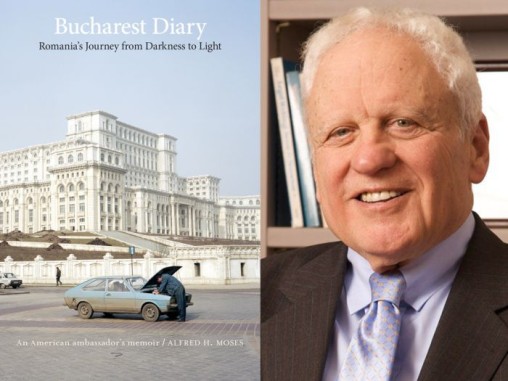 Alfred H. Moses will join Art Sandler in a moderated discussion of his book, Bucharest Diary: Romania’s Journey from Darkness to Light, offering first-hand colorful stories of the diplomacy that helped Romania recover from four decades of communist rule.

An American attorney in the 1970s, Moses was approached in Bucharest by young Jews seeking help to emigrate to Israel. This became his mission until the communist regime fell in 1989. Before that, he periodically met with dictator Nicolae Ceausescu to persuade him to allow increased Jewish emigration. This experience deepened Moses’ interest in Romania—culminating in his appointment as ambassador to the country by President Bill Clinton in 1994.

Alfred H. Moses currently serves as chairman of UN Watch (Geneva). He served as national president of the American Jewish Committee, special counsel to President Carter (1980–81), U.S. ambassador to Romania (1994–97), and special presidential envoy for the Cyprus conflict (1999–2001). In 2002 he was awarded Romania’s Marc Cruce Medal (Order for Merit) the only American to be so honored.