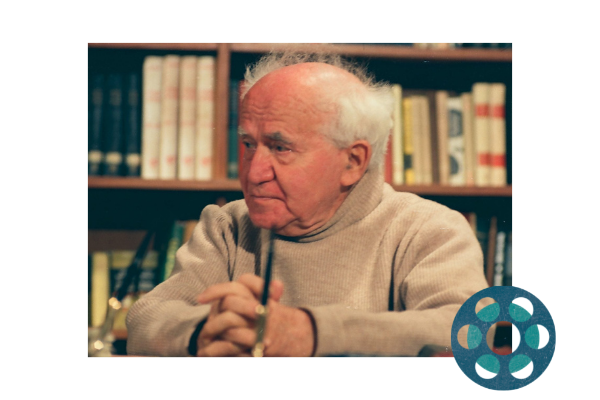 FOLLOWED BY A DISCUSSION WITH PRODUCER AND EDITOR, YAEL PERLOV

Hebrew with English Subtitles | Not Rated

An interview with David Ben-Gurion, one of modern history's greatest leaders, emerges from the obscurity of an archive where it has lain unrecognized for decades. It is 1968, and Ben-Gurion is 82 years old, five years before his death. He lives in the seclusion of his home in the desert, remote from all political discourse, which allows him a perspective on the Zionist enterprise. His introspective soul-searching is the focus of this film, and his reflections provide a surprising vision for today's crucial decisions and for the future of Israel.

Yael Perlov is the two-time winner of the Israeli Academy Prize for film, laureate of the Art of Film prize of the Ministry of Art and Culture, senior lecturer at the Film and Television Department at Tel Aviv University, and is currently a visiting scholar at Duke University.